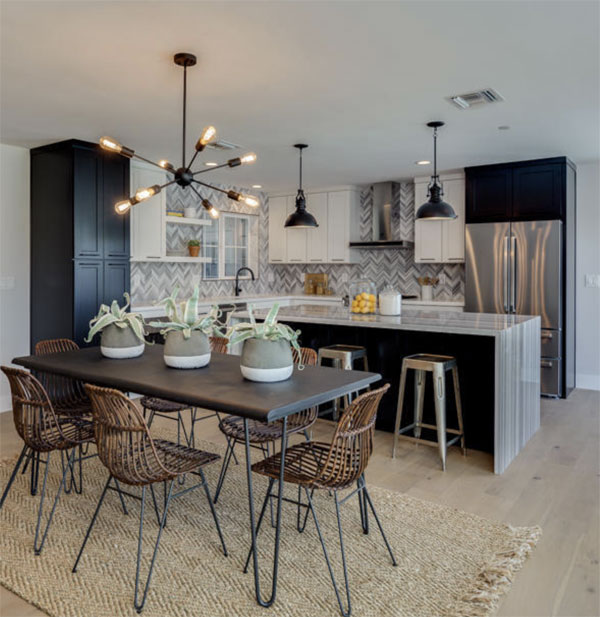 Emery Lane is not a place but a feeling.

The name Emery Lane was created by co-founder Chad Klock.

A South Dakota native, Emery is the name of the small town where Chad grew up. It’s a tight-knit, small community where everyone knows each other and relationships are formed to last a lifetime. When trying to decide on a name for their newest venture, it was Chad who suggested Emery Lane Homes, as he wanted the brand to evoke the same honest, small-town feel of where he was raised.

Whether it’s a remodel or new build, Emery Lane creates homes that honor neighborhoods with impeccable craftsmanship that are designed for the lifestyle of the modern family. Which is why we want all our clients to “live life on the lane”.

As a seasoned Realtor and Developer, Chad has been wired into the Phoenix market for close to a decade. With a sharp eye for opportunity and a background in finance and representing home builders, Chad has sold over $60 million in residential real estate in Phoenix just in the last three years.

A South Dakota native and former collegiate basketball player, Chad is always on the go working tirelessly for his clients and looking for the next great project for Emery Lane Homes.

There is nothing more important when selecting a home than the quality of the builder behind it. Richard Cardenas, Co-Founder of Emery Lane brings over 30 years of experience as a General Contractor and Developer who has built ground up or remodeled close to 800 homes across the country. Quality, teamwork and a commitment to his craft have distinguished Richard as one of the top builders in Phoenix.

Richard is a long-time resident of Phoenix and father of four. When he’s not in the field checking on projects, you can find him on the soccer field where he coaches a local Varsity high school team.

Sandra is an seasoned industry veteran, managing operations for several large construction and development companies. Her strengths include strategic planning, development and implementation of systems and processes, steering businesses to a financially bright future. In a nutshell she is the ever important “glue” that holds everything together. From Accounting to Project Management, Sandra that touches everything and steers the Emery Lane ship, keeping it running smoothly and on course from day to day. Her positive attitude and focus on open collaboration is an incredibly valuable asset to the team.

Outside of the office, she loves to dance, workout, and hang with her family that includes three fur babies. As Sandra says, “the grass really is greener on Emery Lane!”

Jeanette prides herself with exploring and having diversified experience in several industries. A graduate from the University of Arizona, she has worked in development for top producers in wealth management, real estate and mortgage industries throughout her career. Before joining the Emery Lane team, she helped manage operations for an international manufacturing plant in Mexico for several years.

Fluent in Spanish, Jeanette often collaborates with criminal defense attorneys on their cases locally and brings a diverse skill set to the team. Jeanette places importance on her personal growth and development and alongside her career she enjoys yoga, traveling and pushing herself with practices like the Wim Hof (ice-bath) method and focused breath work.

William joined Emery Lane in January 2019, relocating from Ohio after a ten years as a senior project manager and estimator with an outdoor living design and build company in Ohio. William began remodeling houses in his teens and after college began acquiring and renovating his own rental properties. He loves the challenge and satisfaction of bringing historic homes back to life and creating beautiful new living spaces that the next generations can live and flourish in.

William is a graduate of Franciscan University in Steubenville, Ohio where he studied Business Management and Economics while playing collegiate soccer. After graduation, he later returned to the university to act as the assistant coach of the soccer team for 8 years. When not keeping his keen eye on the progress and attention to detail of the many Emery Lane projects, William dedicates himself to caring for his wife Mary and their two young daughters.

A team player, he shares Emery Lane’s commitment to quality and craftsmanship. He’s a firm believer in “Living Life on the Lane!”

With almost 10 years of experience in residential construction, Brenda has collaborated and completed numerous home projects ranging from high end residential designs to more cosmetic flips. Applying her design background traits, Brenda is able to oversee the project and its details from construction to cosmetic touches at the end. Timeless and cohesive interiors are her favorite way to describe her design aesthetic.

An Arizona native, Brenda is also a weightlifter and dog mom when not on the field.

Heather brings over 20 years of marketing, advertising, production and business development to the Emery Lane team. As a licensed realtor and long time resident of the Arcadia neighborhood, Heather jumped at the chance to work with the Emery Lane team and introduce them to the marketplace. She has helped launch several brands and knows quality partners when she sees them. It is her goal to grow the Emery Lane brand and showcase their product to a new audience of home buyers and investors.